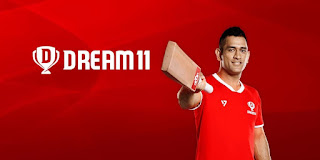 Kolkata Knights Riders have just been handed their second defeat of IPL 2019 by the Chennai Super Kings. They now head home to play the Delhi Capitals, the only other side to have defeated them this year. That previous match against the Delhi Capitals went to the Super Over and could have gone either way. KKR will be hoping to exact some revenge at their home ground this time around.'

The Delhi Capitals managed to end their losing streak against the hapless Royal Challengers Bangalore. Now, however, they must raise their game to try and get past one of the strongest sides of the tournament.

With three wins from six matches, the Delhi Capitals are not too far behind the rest of the group but they must try and win at least five out of their remaining eight matches to have some hope of qualifying. That does not leave them too much margin of error.

Andre Russell continued to have an unbelievable IPL 2019 as he singlehandedly dragged KKR to some sort of a score against CSK. His inning of 50 not out was almost 50 percent of the final total and miles ahead of everyone else. He has more sixes than anyone else in the tournament, has a better strike rate than anyone else, and is one of the highest run-getters in the entire IPL.

The Eden Gardens has become an excellent batting pitch and we think the batting might of KKR could be on display. One big worry for the team is going to be the injury scare to Andre Russell. He seemed to have injured his hand against CSK while batting and could miss out playing in this match.

The bowling for KKR has been a concern. Harry Gurney started the IPL well but was ineffective in the previous match. Prasiddh Krishna has not been in the wickets this season and the spinners have not had the kind of success they would have liked either. Sunil Narine, Piyush Chawla, and Kuldeep Yadav are the three bowlers that need to be at their best in the upcoming match to be able to get past the strong Delhi batting lineup.

There is no doubt that the core of the Kolkata team is very strong and they love playing at home. The loss against CSK will not dent their confidence too much but the availability of Andre Russell could have a big impact on the game.

The Delhi side has been struggling to find its right balance and get its IPL 2019 campaign back on track. They are also a side that is filled with match winners but has not been able to get the players to perform to their full potential.

The biggest worry that Delhi Capitals would have is the form of Shikhar Dhawan. As a senior player of the side and one of the best white ball batsmen in the world, Dhawan would have hoped to have more impact in IPL 2019 than he has had.

The pitch at Eden Gardens could suit his game and allow him to play freely. Prithvi Shaw is ultra-attacking at the top but often plays too many risky shots and throws away his wicket. Shreyas Iyer is the player that is emerging as the rock in Delhi’s fragile lineup.

We liked the move of sending Colin Ingram up the order in front of Rishab Pant in the previous match and hope that it would continue. Lower order collapses have almost become a certainty for the Delhi team and this is a big worry as well.

Chris Morris has had a horror time with the bat and this uncertainty about the lower order will end up increasing the pressure on the top-order batsmen.
Delhi’s bowling attack could do quite well at the Eden Gardens. Kagiso Rabada, Chris Morris, Sandeep Lamichanne, Ishant Sharma, and Axar Patel form a very strong bowling attack. Rahul Tewatia continues to get a chance in the playing eleven and his bowling has not been too bad but we still think Delhi could find someone else instead of him to bolster their side.

KKR vs DC IPL 2019 is going to be played at the Eden Gardens, Kolkata. The weather is expected to be clear on match day in Kolkata. Humidity is expected to be quite high, though, and that could mean a tough time for the spinners.
The pitch at Eden Gardens is excellent for batting. It has some pace and bounce in it for the fast bowlers as well. Trent Boult would have some excellent memories at this ground from previous IPL seasons and we would not be surprised to see him get a chance either.
A score of around 180 should be considered as par on this surface.