Why Rahul's Attitude Will Cost Congress Dearly In The Upcoming Elections 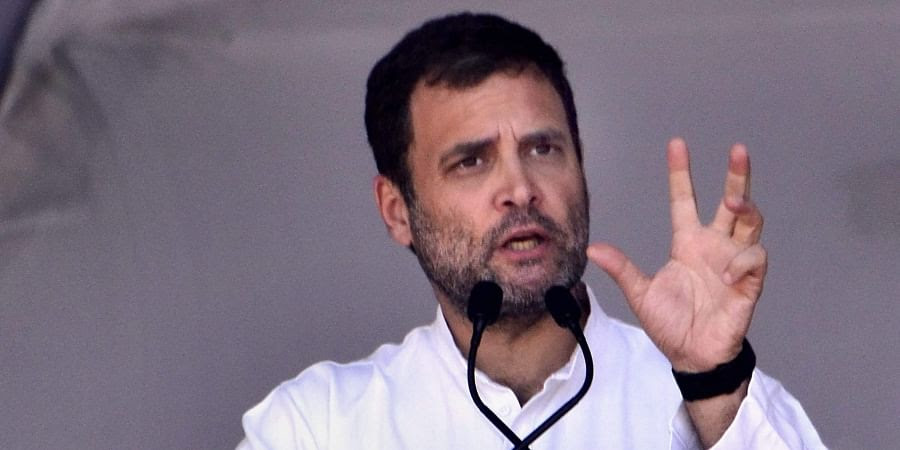 Apart from their backgrounds, ideologies, what differentiates Rahul & Modi is their aggression. While Modi-Shah combine is wasting no time & effort to stitch crucial alliances, poaching powerful leaders from the enemy camp, spending money on advertising, the congress camp looks lacklustre in comparison. 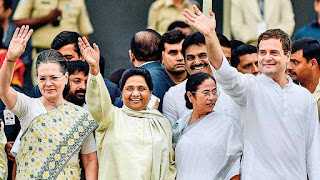 Apart from tying up with DMK in Tamil Nadu, NCP in Maharashtra & NC in J&K, Rahul has been rather heavy footed in poaching powerful leaders or stitching alliances across the country. His sister is leading doing her bit in UP, but how much of it translates to votes is yet to be seen. The majority of BJP supporters feel a stronger Congress under Priyanka Gandhi-Vadra will eat up into the BSP-SP votes & will not adversely impact the BJP vote share. One can't help but agree to the point that while Priyanka does bear a resemblance to her grand mother, which drew thousands of people to her rallies, it may not convert to votes. Raj Thackeray - the nephew of the late Shiv Shena supremo - Bal Thackeray will grudgingly agree. Raj Thackeray is a master orator, just like his powerful uncle. But unlike his uncle, he doesn't have the drive nor the aggression to succeed. It can be safely said that Uddhav is the victor of the fight between the two second generation Thackerays. While Uddhav too is stumbling & desperately trying to save his party from oblivion, he has forked out a respectable seat sharing arrangement with the BJP. While Uddhav has led his party to several victories in the BMC, Raj Thackeray's MNS comes across as a spent force. The lone MNS MP has now jumped ship to Shiv Sena. MNS won't be contesting the upcoming general elections. While Uddhav was lucky to inherit the reins of a party with a well entrenched network of workers across Maharashtra, Raj had to build his party from the ground up. But like Rahul, Raj too didn't have it in him to keep his party alive. While thousands come to Raj's rallies few end up voting for him. Raj has been reduced to a stand up comic, whom people shrewdly use for their entertainment.

While Congress has been voted out of North East - once a Congress citadel, TN, AP, Orissa, Hiamchal Pradesh, Raj too has been laidback in his attitude despite losing several municipal & state elections. While Rahul did show some sparks of leadership by out thinking the BJP , by offering the CM's chair to the lesser ally - JD(S) in Karnataka & winning the state elections in Rajasthan, Madhya Pradesh & Chattisgarh, it looks highly unlikely that he will come out victorious in the upcoming general elections. While a strong anti incumbency factor led to BJP losing in the three states, the anti incumbency factor does not seem to be strong against PM Modi. Most of the BJP supporters, who voted for PM Modi in the 2014 elections, continue to repose their faith in him. Unless Rahul can pull the proverbial rabbit out of the hat, the INC is staring at an embarrassing defeat in the upcoming elections.

A recent newspaper report mentioned that Rahul probably is of the opinion that the INC continues to remain the defacto alternative to the BJP. He seems to be far away from ground realities, His recent wins in MP, Rajasthan & Chattisgarh seemed to have strengthened his beliefs. He is sadly mistaken. After all, local leaders & tie-ups with strong allies too play a very part in winning seats. The votes for INC will be split with that of SP-BSP in Maharshtra, UP, MP & BJD in Orissa, TMC in WB, AAP in Delhi, CPM in Kerala. The BJP on the other hand has stitched strong alliances in the North East, with Shiv Sena in Maharashtra, with AIADMK & PMK, DMDK in TN, JD(U) in Bihar, SAD in Punjab, which will reward it handsomely. It is highly probable that it will make significant gains in WB, Orissa, Kerala this time around, after barely winning seats from these states in the previous elections. BJP supporters insist that WB alone will make up for the losses in UP. Many pollsters are of the opinion that BJP will suffer owing to the SP & BSP coming together. But it remains to be seen whether a upper class Yadav, Thakur etc who are traditional SP voters will end up voting for a Dalit candidate & vice-versa.

Opinion polls are predicting 283+ seats for the NDA. One must not forget, that PM Modi is yet to go into full campaign mode. If the state elections of UP, Karnataka, Gujarat, is anything to go by, PM Modi's charisma alone adds 10%-15% more seats to the final tally. Even TV anchors who are known Modi baiters grudglingly agree that PM Modi's rallies are no less than rock concerts. He knows exactly what the voters want to hear. He is reported to have planned 250+ rallies in the final month of the elections.

The difference lies in the fact that while Rahul lived a life of privilege, PM Modi & Amit Shah have had to struggle to reach where they are today. While Rahul thinks that becoming the President of the INC & the country's PM, Modi has to stay alert to save himself from attacks not only from rivals outside his party but also inside it! This situation reminds us of Rocky 3 starring Slyvester Stallone. Rocky - a boxer becomes the champion after defeating the champion. Becoming the champion affords him a lavish house, several cars & ample food. But he loses to a fight to a nobody - a man who grew on the streets with hunger in stomach to succeed. In the movie Rocky goes back to his home before he became famous & trains at a local gym to regain his title. Does Rahul have it him to take Modi on? We don't think so!