Why Even The Unemployed & The Distressed Farmers Should Vote For Modi Corruption, inflation & policy paralysis, were the biggest issues on the basis of which the opposition attacked MMS government ahead of the 2014 general election. With corruption, inflation & policy paralysis ceasing to exist thanks to the good work done by the Modi government, the opposition is fighting the upcoming general elections, by attacking them on issues such as unemployment, farm prices & intolerance. 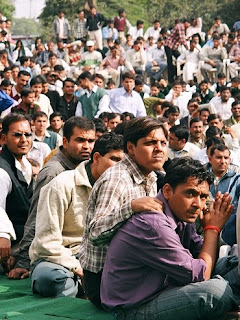 PM Modi baiters don't miss a chance to compare the performance of UPA government under PM Manmohan Singh from 2004-08 to that of Modi government from 2014-19. While economy grew at a brisk pace under MMS from 2004-08, people seem to forget that the world economy was in very good shape before the financial meltdown of 2008. Not just India, but almost all countries across the globe were growing exponentially during those years. While India missed the manufacturing led growth during the 70's & 80's, luckily thanks to liberalization India too reaped the benefits of a global economic growth during this period. Credit must also be given to the Vajpayee government for laying a strong foundation by ushering reforms from 1998-2004. Ruchir Sharma  - a vocal critic of PM Modi's policies, too mentions in his book - The Breakout Nations, that a lot of the growth which happened across the globe was due to the high amount of liquidity & had little to do with the policies of the incumbent governments.

While economist PM - Manmohan Singh won the 2009 elections on the back of a strong economy, his handling of the economy from 2011-14 showed that he was not as adept at managing the economy as people thought him to be. Turned out several companies were given soft loans to stay afloat, despite having shaky fundamentals. This did not eradicate the issue at hand, but only delayed the inevitable. From GDP growth rate of almost 10%, the GDP growth rates had fallen to almost 4% by 2014. The government was facing flak for its role in several scams, stagflation, policy paralysis, unemployment, high fiscal deficit & its handling of Pakistan.

There is very little authentic data available on jobs. Apart from the Employee Provident Fund Organisation(EPFO) data, there is little or no authentic data which one can refer to when it comes to commenting on the jobs scenario in the country. Both the BJP & Congress have been guilty of using the lack of information to attack the other when in the opposition. While the leaked NSSO reports to claim that the unemployment rate is at a 45 year high, there is little data to support/reject these claims.

But one has to admit that the high appraisals of the 2003-2012 era are now long forgotten. Single digit appraisals are the norm. 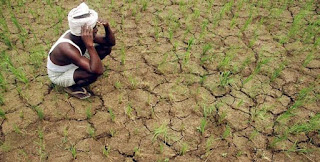 While high inflation due to rampant corruption meant significant increases in farm prices YOY under Congress rule, it meant lower savings. Approx. 50%+ of the Indian population is directly or indirectly dependent on agriculture it barely contributes to 20% of the GDP. While the previous governments did little to make the farmers better, the BJP government took several steps to make the lives of farmers better. From soil health cards, to fertilizer insurance, to handouts of 2000 every quarter to farmers with small holding areas the BJP government has made a serious effort to eradicate issues plaguing the farmer. One shouldn't forget that farmers were also the benefactors of the LPG scheme, Jan Dhan, Ayushman Bharat(medical insurance for all) , Swach Bharat(building of toilets), rural electrification, building of highways etc.

But sadly due to low inflation, better food storage, uneven monsoon farmers are in distress.

Rising intolerance is the biggest weapon for Modi baiters to attack him. While there has been a marked decrease in riots, communal tension & the number of terrorism related incidents(minus Kashmir), the opposition claims otherwise.

From the time the ban on cow slaughter has been imposed the minorities have been complaining of a environment of fear prevailing in the country.

Many of our friends on social media especially from the minority communities seem to agree, that they were not as comfortable as they used to be under the Congress regime.

So has the Modi government indeed failed us on these front? Do they deserve to be voted out in the upcoming elections? The answer is an emphatic NO! Here is why

The fact remains that the Modi government has gone all out to ensure economic growth, to improve the life of Indian farmer & the minorities. One can't blame the Modi government for taking steps to curb terrorism & prevent christian missionaries from illegally converting gullible rural citizens of the country.

Whatever problems exist, people should vote for Modi as he rightly said "Sab jaante hai, agar koi theek kar paayega to Modi"(everybody knows that only Modi can solve the issues affecting India). IF MODI CAN'T DO IT, NOBODY CAN!