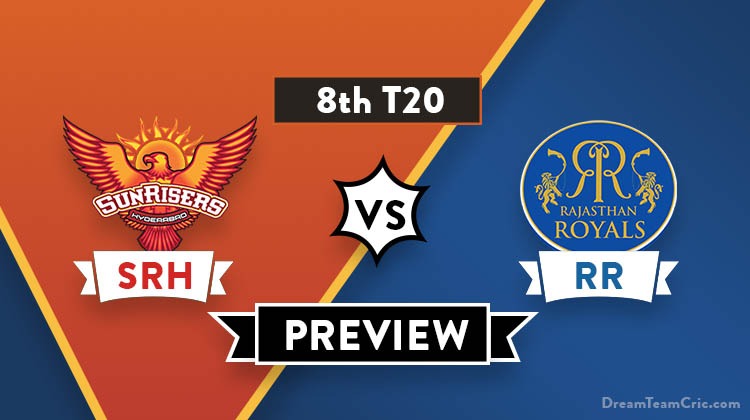 All of you IPL fans must have loved yesterday's close encounter between MI & RCB. The next amtch is between SRH & RR.

Despite finishing off as the Runner-Ups in the last edition of the Indian Premier League, Sunrisers Hyderabad could not continue on their victory match in their opening game when they played Kolkata Knight Riders. Now, that they would be hosting Rajasthan Royals for their second game in the tournament (SRH vs RR IPL), they would try to turn things around for them. 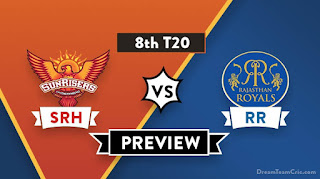 In the opening game David Warner and Jonny Bairstow put up a decent partnership for the opening wicket which helped the Sunrisers to reach a score of 181 runs in 20 overs for the loss of 3 wickets. Valuable contribution from Vijay Shankar from the middle order, put them in the driving seat of the game. However, upon coming to defend that total, they were destroyed by the KKR batting line up and owing to Andre Russell’s knock, Sunrisers lost a good game. Skipper Bhuvaneshwar Kumar and company failed to bring back last year’s magic and now that they would be facing Rajasthan Royals’ at home, they would look to amend.

Rajasthan had a similar fate as their opposition for the game. They also lost their opening game of the tournament and now they would also head into this game looking for redemption. However, they were dealt a bad hand in their first game but it is a competition and if they expect it to be fair every time they are way out of their heads. Ajinkya Rahane tried to lead from the bat when they came to chase down a total of 184 runs by KXIP but one mistake changed the entire course of the game. Steven Smith failed to live up to the hype and will clearly take this game another opportunity to showcase his talents.

The Rajiv Gandhi International Stadium offers a flat pitch and tends to gets slower as the game runs. Spinners would have fun but due to its flat track, the batters enjoy batting in here as well.

Both teams started with defeats this season, with Rajasthan's 14-run loss to Kings XI Punjab overshadowed by the controversy of Jos Buttler being Mankaded by Ravi Ashwin.