Both Kolkata Knight Riders and Kings XI Punjab (KKR VS KXIP IPL) looked fresh in their opening games. Despite having a clinical finish to their first game, the Knights are behind the Kings on the points table but not for long as whoever team wins the game will be eyeing to lead the table. 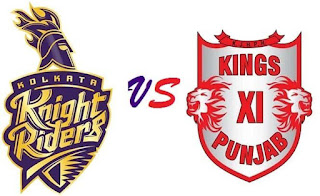 Facing off against the last year’s runners up was a challenge for the Knights as the destructive David Warner accompanied by Jonny Bairstow on the other end of the pitch. The opening partnership put up 118 runs on the board in 12.5 overs. Vijay Shankar also added another 40 runs on the tally and after 20 overs Sunrisers Hyderabad scored 181 runs for the loss of 3 wickets. Kolkata had a panicking start as Chris Lynn was shortly back in the pavilion within 2 overs. Robin Uthappa and Nitish Rana helmed the ship to bring back to a position to chase the score. The quick departure of Dinesh Karthik made it once again tough for the Knights. However, Andre Russell walked in to bat for the hosts and with four 6s and four 4s he put up a devastating chase by scoring an unbeaten 49 runs off just 19 balls.  With two balls still remaining to spare Kolkata Knight Riders won the game by 6 wickets.

On the other hand, Kings XI Punjab would be riding super high on their confidence after their first victory in six years on Rajasthani soil. Kings started the game as the underdogs particularly after their dismal ending to their last year’s campaign. Chris Gayle once again stormed the pitch for his 79 runs off 47 balls which included eight 4s and four towering 6s. Building on that solid foundation newcomer Sarfaraz Khan boosted it up with his unbeaten 46 runs off 29 balls. At the end of 20 overs Kings XI Punjab scored 184 runs for the loss of 4 wickets. Coming to defend that score against Rajasthan Royals’s batting line up was a difficult task and when the game seemed to walk away from Punjab’s grasp, Kings’ skipper Ravichandran Ashwin tricked Jos Buttler to send him back which eventually led to the fall of the Royals.

Both sides have a strong batting lineup and some excellent bowlers but KKR has more depth overall.

Both sides have won their opening match of the tournament.

KKR is playing at home with a set of players that has been together for a fair bit of time now giving it a slight advantage.

he IPL 2019 match between the Kolkata Knight Riders and Kings XI Punjab is going to be played at the Eden Gardens. The crowd is extremely passionate in India and people flock in to watch but seeing the Eden Gardens filled to its brims is another memorable experience.
The weather forecast for match day is good and the chance of rain interrupting the match is very slight. The pitch at the Eden Gardens is excellent for batting. It has a good amount of pace and carry which keeps all the players interested and usually ends up being a high-scoring contest.